The Richmond Industrial Workers of the World and several other community members have been working hard with Sustainable East End Development in Church Hill (SEED-CH)  to secure one of the cities vacant lots for a community garden in Church Hill through the ‘Richmond Grows Gardens‘ a program of the city’s Green Richmond Initiative. We hope to help Church Hill combat gentrification and reclaim the community from the clutches of developers and capitalist exploitation. 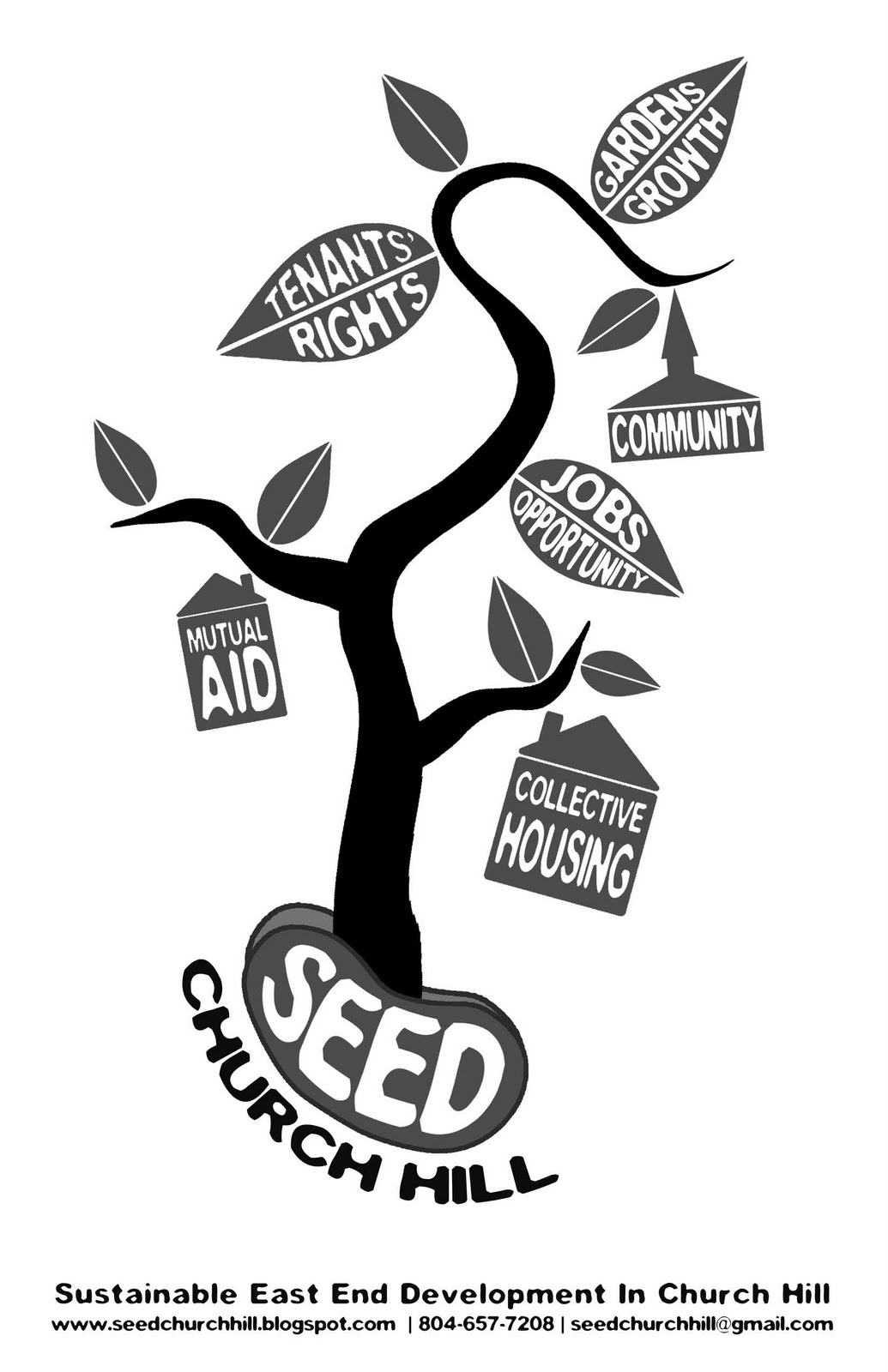 In an effort to ensure that the working class residents of Church Hill have a continued and significant presence during the East End Transformation [ www.eastendvision.org ], the organization Sustainable East End Development in Church Hill (SEED-CH)  was formed.

The concerns of SEED-CH surround the unfortunate trend that redevelopment often leads to gentrification and the displacement of long term residents and community members who are often receiving a fixed or low income.

We ask, what sort of measures are being taken to assure these patterns of irresponsibility will not continue with the East End Vision?

We believe that redevelopment should be sustainable and progressive. Rather than perpetuating a permanent underclass in which poverty is shuffled from one corner of the city to the next. Why not confront it and usher in opportunities that will help close the gap between those ‘with’, and those ‘without’.

Although government should be expected to be responsive to the concerns of our community, the ability to solve community problems should be pioneered by the community itself. One way to do this is through effective solidarity which will alleviate the shortages in individual situations, leaving the slow crawl of bureaucracy to catch up with a popular movement based on mutual aid and protection.

To begin this daunting process we’ve secured a space provided by the city on the corner of 28th & Tate St.  to be utilized as a free community garden.  We wish to create a space that not only provides nutritional sustenance for families in the area, but also a fertile environment for a social and economic justice movement to take root.   We invite you to be involved!

Some of the projects we hope will bear the fruit of our collective labor are:

• research and development for a community driven and co-operatively run full service grocery store in Church Hill proper.
• the formation of a renters/tenants union to help aid in issues such as abusive and absent landlords, rent assistance, general maintenance, etc.
• the establishment of low income non-profit based co-operative housing controlled democratically by its members.
• we hope to advocate for quality jobs in the community and beyond which offer a livable wage and benefits.
• working in partnership with groups such as the Richmond Transit Riders Union, we shall advocate for the construction of a GRTC Transit/Transfer Center in the immediate area of 25th and Nine Mile Rd.
• urge the city, when at all possible, to establish a parcel of land on ever city block which serves as free space or a community garden.